Live classic flash games. Another game from the famous epic battle fantasy series of games. This game belongs to the bullet heaven sub-series (which is actually bullet hell). This name means an ultra-hardcore version of topdown shooters, in which the player is faced with an incredibly large number of projectiles that obscure the entire game screen.

The party of charming losers of Captain Matt still can not cope with the machinations of Kotobog, the heroes themselves begin to parody the cliches of this series, but what can you do, the world will not save itself.

You can play using the mouse, keyboard, or controller.
Your character has attack, sub-attack, and special attack abilities.

The new version adds the ability to use cheats and handicaps. Cheats are not completely unbalanced bonuses, but they reduce the final score, handicaps on the contrary increase it, but at the cost of strengthening enemies. 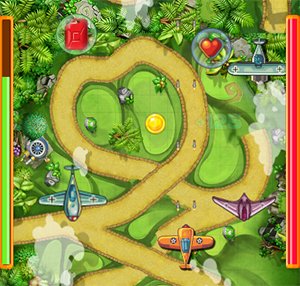 You can play the game HEAVEN AND BULLETS 2 online 24 hours a day for free. It is no need to download and install it on your computer, and it is also not required you to be the registered user. Just ckick and enjoy. See also a set of related games below on that you might be interested to look.