In the sky of the Second World War, there was no calm day or night. At the beginning of the war, Belgium and France had a very difficult time. The French air fleet was pretty much beaten up by the Nazis, and the Belgian one was almost completely destroyed. The Netherlands harnessed themselves to air battles and, sparing no effort, tried to beat the invaders in the sky.

Complete various missions in a World War II-era warplane as you take part in military operations on the Western front. Keep an eye on the targets on the radar and find opportunities to deliver targeted strikes, firing at enemy aircraft from any angle. 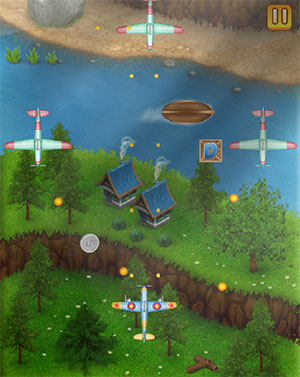 You can play the game AERIAL BOMBARDMENT: WESTERN FRONT online 24 hours a day for free. It is no need to download and install it on your computer, and it is also not required you to be the registered user. Just ckick and enjoy. See also a set of related games below on that you might be interested to look.