Fortune-telling Tarot cards have been known since ancient times. They arrived in Europe during the Roman Empire, the magic power of cards consisted in the fact that they unwittingly predicted the fate of someone who decided to open a sequence of cards. It is said that the Emperor Commodus prophesied his death from the cards and executed the sorcerers who made such a prediction. Later, the Emperor was poisoned and thus the prophecy was fulfilled.

Another thing is that the cards can not accurately interpret someone's fate, many drew out death and survived, but changed. Many drew out wisdom and regretted it, in the end, even fate is interpreted by heroes. The divination itself is quite simple, draw 5 cards. Each of them has a specific value, which will be disclosed in the response. 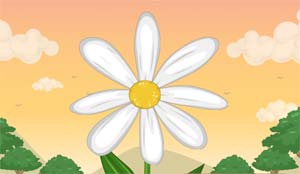 You can play the game TAROT READING: 5 CARDS online 24 hours a day for free. It is no need to download and install it on your computer, and it is also not required you to be the registered user. Just ckick and enjoy. See also a set of related games below on that you might be interested to look.

FORTUNE-TELLING ON THE MIRROR OF FATE
New games
Divination

FORTUNE-TELLING ON THE BALL