Samurai duel simulator, fast and deadly as a kamikaze flight.

Thanks to modern cinema, and especially anime, there is a popular belief that samurai staged epic sword duels and rang their katanas so that they raised a typhoon and sank the Korean fleet. In fact, their swords were very fragile, although incredibly sharp. Samurai fights lasted only a few seconds, so this game captures the spirit of Bushido well.

You can play alone or together.
At the beginning of the battle, the samurai can take a fighting stance by pressing the keys (D/right), or put a block (S / down).
The rack is used for striking, when you are in a rack, press (A/left) to attack or (W / up) to feint.
The block protects against any attack, but you can hold it for no more than 4 seconds.
A successful block stuns the opponent. 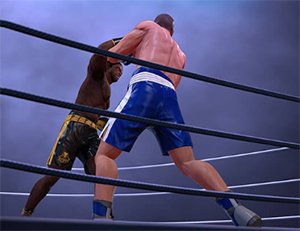 You can play the game SAMURAI DUEL online 24 hours a day for free. It is no need to download and install it on your computer, and it is also not required you to be the registered user. Just ckick and enjoy. See also a set of related games below on that you might be interested to look.