Each level of this game contains two pictures between which only 7 differences. The player is invited to find the differences in one minute. At first glance, for such a small number of differences plenty of time, however, the quality of camouflage items here at the highest level.

Not always You can pass the stage the first time. Often have to fly for lack of time and replay it. But even if you re playing on the same level, some things have already been found before, will have to look again. The proposed scheme pass, which will allow You to quickly cope with the task.

Take, for example, the second level. If the first time You managed to find a few differences, give them dummy names and remember them. Let's say You found 6 and called them: cat, flower, line, dress, bowknot, ear of a cat... Now, if you re playing at this level remains to find only one difference.

To find the differences in pictures 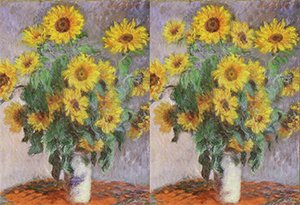 You can play the game FIND THE 7 DIFFERENCES online 24 hours a day for free. It is no need to download and install it on your computer, and it is also not required you to be the registered user. Just ckick and enjoy. See also a set of related games below on that you might be interested to look.

THE PRINCESS AND THE PEA

THE SEARCH FOR DIFFERENCES IN THE ALBUM

DIFFERENCES IN THE SAME STORY
All games
Spot the difference

TO FIND DIFFERENCES AND REACTION

LILO AND STITCH SPOT THE DIFFERENCE