Native name of this flash game: Party 2048, but this she absolutely does not match, so we decided to call a spade a spade. The game is about numbers, more about the two and their sum. Before You playing field of sixteen squares — the square of four rows of four cells each. During the game, the square is filled with chips, coated with the multiples of two. Mechanics of chips allows you to move them all at the same time square up, down, right or left.

Interacting with each other, adjacent tiles with same numbers merge into one new number, equal to the sum of the merged tiles. Thus, two two merging to form one four, two fours is eight, two eights are 16, and so on. Your task is to make the square appeared at least one chip with the number 2048. The task is very difficult, believe me. Her decision does not only depend on luck (chips with new twos in the square appear after each move to arbitrary places), but from a competent tactics and skills to plan moves. 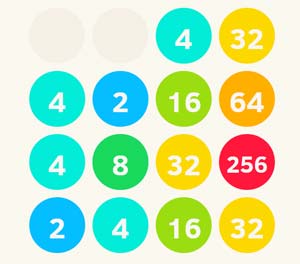 You can play the game TWO 2048 KILOBYTES online 24 hours a day for free. It is no need to download and install it on your computer, and it is also not required you to be the registered user. Just ckick and enjoy. See also a set of related games below on that you might be interested to look.

TAG UP TO EIGHT

TO BUILD A RAILWAY