To madness is simple, clear and unpretentious shooter of the early days of computer games. Games such as this, actively promoted in the late eighties, they were everywhere — in video gaming machines, handheld gaming gadgets, on old computers. Because of the primitiveness of the script and graphics, but also because of the lack of special effects, games like this were on any device with a processor and screen. The task: to destroy all intergalactic enemy ships! Sounds menacing, doesn't it? Hit the space bar and arrow keys to move the ship, trying to shoot at the enemy ships, which move from side to side. As approaching vehicles, their speed increases. 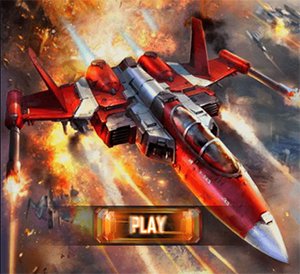 You can play the game SHOOTER GALAXY online 24 hours a day for free. It is no need to download and install it on your computer, and it is also not required you to be the registered user. Just ckick and enjoy. See also a set of related games below on that you might be interested to look.

THE CRISIS IN THE GALAXY

THE AIR WAR 1941
All games
Shooters