Roman Empire: war and conquest, the emperors and their overthrow, the power and weakness — that there just was not. Well, we are in the jungle is not useful, and doing the daily work of ordinary workers of the Empire, serving the road. Yeah, what are you laughing?! Great state requires a broad network of reliable roads for the movement of vehicles and troops.

Roads of Rome is a casual strategy that contains a lot of interesting levels. In the game you can come back every day, going through new stages. The story of Your progress and forward momentum is preserved, so don't have to start everytime all over again.

Play is simple: each step the program tells you. Well, of course, if You are able to read English. However, all the inscriptions there are duplicated images, allowing you to understand what You want, and the green (or red) arrows will draw Your attention to objects that require intervention. The first two levels You will lead only one worker, and then their staff will grow.

Restore roads, buildings, bridges. Revives the production capacity of the farms, sawmills, cattle farms, pumping stations and other facilities. In some places on Your hard workers even the Vikings attack will be! Not a problem — salicilate them!

In General, friends, third Roman roads — good strategy which is worth the attention of fans. Play! 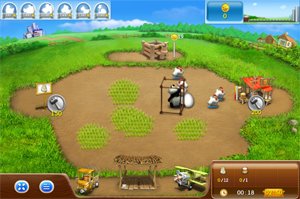 You can play the game ROADS OF ROME 3 online 24 hours a day for free. It is no need to download and install it on your computer, and it is also not required you to be the registered user. Just ckick and enjoy. See also a set of related games below on that you might be interested to look.

BATTLE FOR THE GALAXY
All games
Strategy

CHESS WITH THE COMPUTER 2