It was the usual day of Friday August 13. This story happened in reality. Once a famous wrestler John Cena was in the marine corps. That day he had off, so he played video games with his friend octopus Fluffy, but that started an alien invasion and the alien invaders took John most dear: his beloved Fluffy. Now they can not escape a cruel death, because Cena comes to the ring.

Every time the hero develops a plan of salvation octopus, which includes exactly one paragraph: eliminate all the aliens on the way to Fluffy. But even this simple plan requires some preparation and skills. Jump over obstacles by pressing the spacebar, press X to shoot a Bazooka at aliens. Hang on Fluffy, help is near! 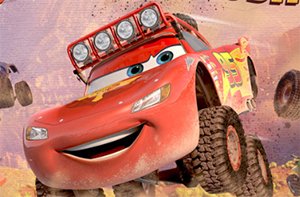 You can play the game RACING: A CRAZY DAY online 24 hours a day for free. It is no need to download and install it on your computer, and it is also not required you to be the registered user. Just ckick and enjoy. See also a set of related games below on that you might be interested to look.