Famous old rocker father Christmas, aka Santa, aka Klaus, found on New Year's eve that did not deliver some gifts. Here those on! The truck on which he took the main party, he handed over in repair. What to do?

The Bike! The idea of not having to flicker, quickly became reality, and now Santa is rushing on the snow-covered slopes of frosty expanse. To help Klaus in running his iron horse, and then suddenly, Santa is not young, and tracks. Because Santa is so forgetful, all the gifts that he had to take, were scattered along the route. Pick them all possible. 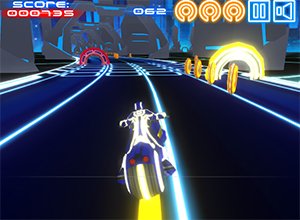 You can play the game MOTOCROSS SANTA CLAUS online 24 hours a day for free. It is no need to download and install it on your computer, and it is also not required you to be the registered user. Just ckick and enjoy. See also a set of related games below on that you might be interested to look.