To include this online game in two categories at once: both Mahjong and Puzzles, the method of searching for a paired knuckle allowed. Here, in contrast to the traditional static solitaire version of mahjong, pairs to the required tiles can rarely be found directly in the layout. Most often, they are found on a conveyor belt running from the bottom from right to left.

As a result of this feed, the player will have to regularly look at the conveyor belt below, more often than, in fact, at the pyramid of knuckles itself. Having caught sight of tiles that are free to play, you should look for paired puzzles for them on the lower conveyor. Keep in mind that the feed stops as you fill it with puzzles, i.e. new ones stop coming in until you sort out the old ones. In some cases, pairs can be located directly in the pyramid itself.

So, look for pairs to the pyramid puzzles on the conveyor and click on them. The task is traditional for all Mahjong solitaire games — to disassemble the entire pyramid. It is not difficult to disassemble, but no one canceled the attention! The game has many levels. Each new one opens only when the previous one is completed. 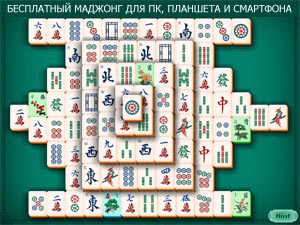 You can play the game MAHJONG PUZZLES online 24 hours a day for free. It is no need to download and install it on your computer, and it is also not required you to be the registered user. Just ckick and enjoy. See also a set of related games below on that you might be interested to look.