One day, the cows fell ill with an unusual form of rabies. It didn't harm them, instead they gained intelligence and became evolved beings. They experienced great horror when they realized that people were milking them for milk, skinning them, and using their meat as food. Since the cows were civilized, they decided not to eat people in revenge, but to run away from them... somewhere. After their successful escape, they set about building their own cities, but first they need to earn money to hire construction workers and buy building materials for Korovograd.

Use the mouse to control the submarine, launch cows and bulls and the launcher by clicking the mouse and selecting a trajectory for flight. 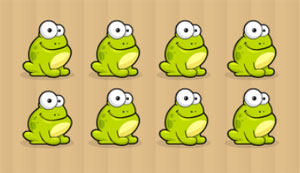 You can play the game COW ON A SUBMARINE online 24 hours a day for free. It is no need to download and install it on your computer, and it is also not required you to be the registered user. Just ckick and enjoy. See also a set of related games below on that you might be interested to look.