The balloons called the people who spread a video of his passing computer, console or other games on YouTube or other video hosting. The most popular of them are getting love from two populations YouTube: girls and trolls. The latter are downright sworn enemies of the balloons, they are shitting in the comments, spam and offend delicate sensibilities.. The balloons decided that enough is enough and by magic went to kick the trolls, because there is nothing here!

This is the game for race. Combating trolling is a difficult thing, so will have to collect likes for your upgrades balloons. Sooner or later the Troll will be defeated, but first You have to pass a road full of adventure and hard trolling. 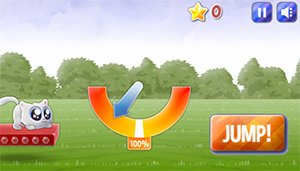 You can play the game CHUCK THE TROLL online 24 hours a day for free. It is no need to download and install it on your computer, and it is also not required you to be the registered user. Just ckick and enjoy. See also a set of related games below on that you might be interested to look.