A hero is someone who can challenge even the most powerful fate. Such were these fearless warriors in battle. This is an unusual mix of puzzle and turn-based RPG. To start, choose a hero, each of them has unique features and abilities, however, at the first playthrough, only one, the leftmost of them, samurai Keitaro, is available to you. After that, you will be taken to the playing field, which is a puzzle. Click on the blocks to increase your chances of using the ability. Connected blocks are added at the same time, each of them increases the chance of using the ability by 10%.

In total, there are four abilities in the game: attack deals damage to the enemy, defense adds armor units on top of your health, ability is a special skill of the hero, everyone has their own, armor break destroys enemy armor units, it is useless when it is already at zero. 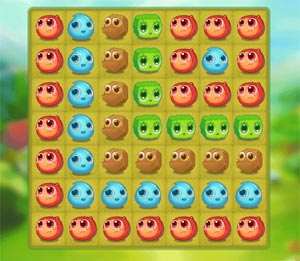 You can play the game BATTLES TO THE DEATH online 24 hours a day for free. It is no need to download and install it on your computer, and it is also not required you to be the registered user. Just ckick and enjoy. See also a set of related games below on that you might be interested to look.